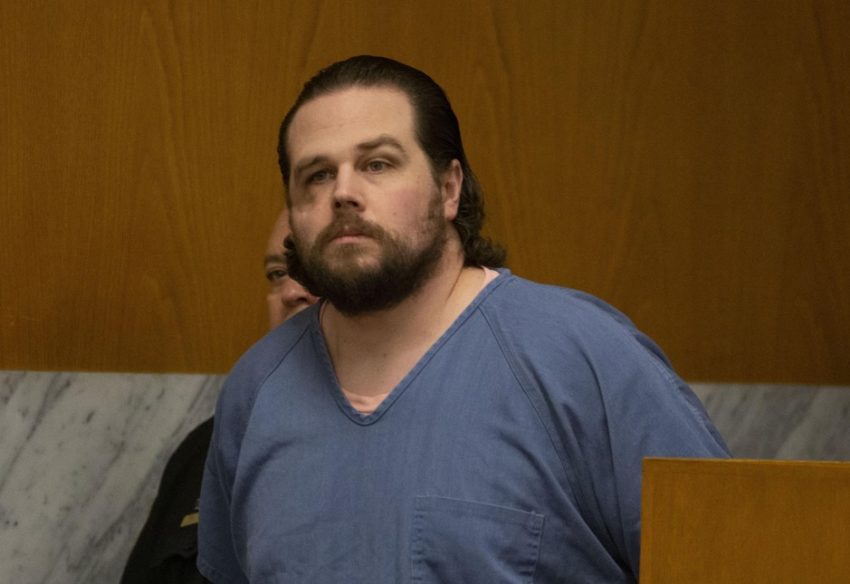 Jeremy Joseph Christian, the perpetrator of the infamous Portland MAX attack, has been found guilty on all counts related to the 2017 murder and assault. He is expected to be sentenced to life without parole.

Christian was originally a candidate for the death penalty, but prosecutors announced prior to trial that they would not seek it. Defense lawyers had repeated prolonged and delayed the trial while trying to save Christian’s life.

A troubled youth and transient, Christian was shot in the head by police in 2002 during a botched robbery and served seven years in prison. After his release, he developed an affinity for extreme right-wing views and frequently posted in social media in support of Alex Jones, Nazis, and Timothy McVeigh among others.

Christian also described himself as a white nationalist and frequently attended alt-right rallies in Portland where he may have acquired some of the views he expressed.

During the train attack, which was seen by numerous witnesses, Christian pulled a knife and brutally slit the throats of Ricky Best and Taliesin Namkai-Meche, who had confronted him over his slurs of two black girls on board, one of whom was wearing a hijab. A third man, Micah Fletcher, was also stabbed but survived. On the night prior to the stabbing, Christian also harassed and insulted a black woman on the train and threw a gatorade bottle at her. She responded by macing him. Christian was also heard suggesting that he wanted people’s throats cut and was willing to do it himself.

With overwhelming evidence against him, Christiansen was clearly guilty, despite an initial attempt by his lawyers to use an insanity defense. However, despite substantial media attention, the picture of him that emerged at trial was less of an ideological white nationalist and more of a deranged and violent man that lacked any impulse control. Both in the courtroom, and in the transcripts and videos of Christian that exist, he does not display any depth of thought, but manifests a brutish and base level of intelligence, awareness, and impulse control.

It is likely that Christian’s time in prison, coupled with the shooting injury to his head, may have permanently changed him. With little education, mentally unstable, and hardened by prison, Christian sought refuge and comfort among right wing groups that eagerly spoon-fed him nationalist ideologies.

However, despite the media attempts to vilify Christian as a root example of white nationalism, a more likely reality is that Christian is nothing more than an uneducated, mentally ill and violent person who ingests and repeats what is told to him by the only people that will talk to him.

And it is likely that the true agents of violent white nationalism are all too happy to use people like Christian as a tool; to plant ideas in their heads and watch as they carry out the deeds that they themselves, in this age, dare not.