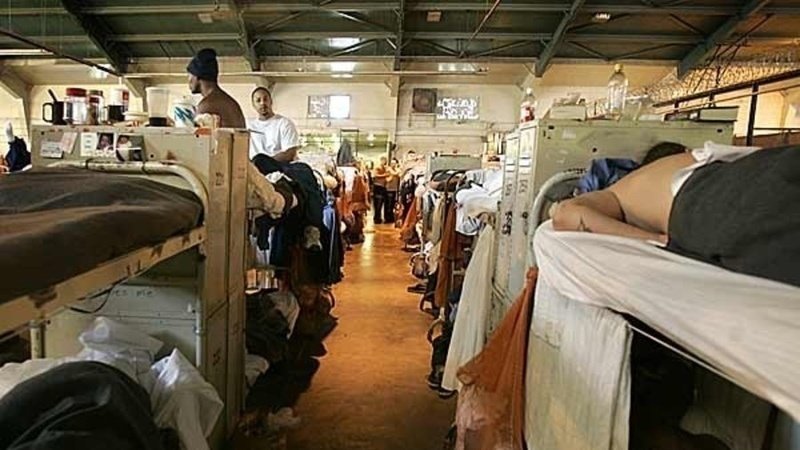 For most of Oregon’s estimated 15,000 prisoners, there will be no getting out early, even because of COVID-19.

After a 12-page report from the Oregon Department of Corrections, which estimated that 5,800 inmates would have to be released to achieve adequate social distancing, Gov. Kate Brown declined to oversee a mass release.

Brown had been under intense pressure from the Oregon District Attorneys Association, local sheriffs, and victims’ rights groups to not release prisoners early, for fears that abusers and career criminals could wreak havoc. In addition, some reports have suggested that domestic violence and child abuse are increasing during COVID quarantines while victims have nowhere to go.

However, with Oregon’s prisons over 95% full, prisoners and prison rights groups have sued the state, arguing that Oregon prisons are unprepared for a potential outbreak. Most state prisoners have cellmates, shared bathrooms and showers, and common eating areas that can quickly cause the spread of the virus. The lack of fresh air, close contact, limited sanitary equipment, and inadequate nutrition in prisons contribute to an immuno-compromised environment. And, with an aging prison population and many inmates with preexisting conditions, prisoners as a whole are regarded as more vulnerable to infection.

Based upon these and other concerns, some Oregon prisoners believe that their 8th Amendment rights against cruel and unusual punishment are being violated. As of Monday, 12 inmates and staff had tested positive for the virus across the state, a number that rose to 15 midweek.

Gov. Brown has said that the state will continue to examine the possibility of releasing some prisoners on a case-by-case basis, but provided no timeline. Some victims and victims’ groups remain opposed to any releases. Nonetheless, on Friday three inmates with underlying medical conditions at Coffee Creek Correctional Facility challenged the Parole Board, demanding a way to petition for compassionate early release.

The conditions in Oregon prisons have led to fear of unrest. There have already been multiple riots across the country and globe related to COVID-19. Last week, in Kansas, prisoners in one facility rioted after 12 inmates and 14 staff were found to have the virus.

The situation has led to concern among many sheriffs, wardens and jail administrators, who fear outbreaks and riots. In mid-March, Oregon suspended all visitations to prisons due to fears of COVID and many prisoners have been left without contact to family or friends.

Last week in North Portland, Columbia River Correctional Institution was forced into total lockdown after an inmate protest over soap and fears of COVID-19. Meanwhile, across the river in Washington, a large disturbance erupted at Monroe Correctional Complex due to fears of the virus. The state of Washington has since granted early release to over 950 prisoners deemed lower risk to assist with social distancing in Washington prisons.