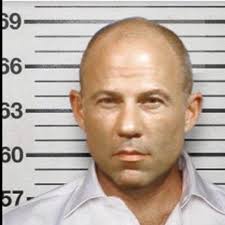 Michael Avenatti, the bombastic and unscrupulous Los Angeles lawyer who briefly made a name for himself by sparring with President Trump, was found guilty on all charges related to his attempted extortion of Nike in March 2019.

Avenatti was originally free on bail, but his bail was revoked in January 2020 and he was in custody at the time of the trial. Avenatti glared at jurors as the verdict was announced. His lawyer, Scott Srebnick, a Florida lawyer who touts his experience in “hopeless cases”, vowed to appeal.

Trump lawyer Rudy Giuliani did not deny the existence of a “hush agreement,” but claimed that such deals were not illegal. Daniels has since spoken about details of her affair, which included claims that Trump had a small penis and that sex with him was “her least enjoyable affair.” Daniels also claimed that Trump had a penchant for bestiality. Trump has vehemently denied her allegations.

While representing Daniels, Avenatti claimed that the nondisclosure agreement between Trump and Daniels was void because Trump had not personally signed it. Avenatti parlayed his fame representing Daniels into multiple television appearances and gained almost a million followers on twitter. At one point he even floated himself as a presidential candidate and was invited on CNN.

However, as later discoveries would reveal, Avenatti’s personal life was less than glamorous. He owed the IRS over $850,000 in unpaid taxes and was deeply in debt by the time he took on Daniels as a client. By the time Avenatti met with Nike lawyers, and threatened to expose them, he was over $11 million in debt.

Daniels has broken off all contact with Avenatti. She later made statements saying that she felt sorry for Avenatti’s children and ex-wife.

Avenatti is also accused of siphoning $300,000 from Stormy Daniels’s book earnings and embezzling over $3.1 million from a paraplegic man. In addition to his convictions, he faces an additional 36 counts of wire fraud, tax fraud, bank fraud, bankruptcy fraud, perjury, tax dodging, and embezzlement in both New York and California. He reportedly used the money to fund elements of his lavish lifestyle, which included a share of a private jet, a coffee shop, and expensive cars.

Prosecutors successfully portrayed Avenatti as a desperate and financially destitute man who took advantage of his client Gary Franklin, an amateur basketball coach who had evidence of wrongdoing by Nike. Franklin sought Avenatti’s assistance to investigate Nike’s business practices, which included funneling money to the parents of top basketball recruits and other potential recruiting violations. However, prosecutors contended that Avenatti used the opportunity to try and extort Nike for his own personal gain.

The jury took over three days of deliberations before convicting him.