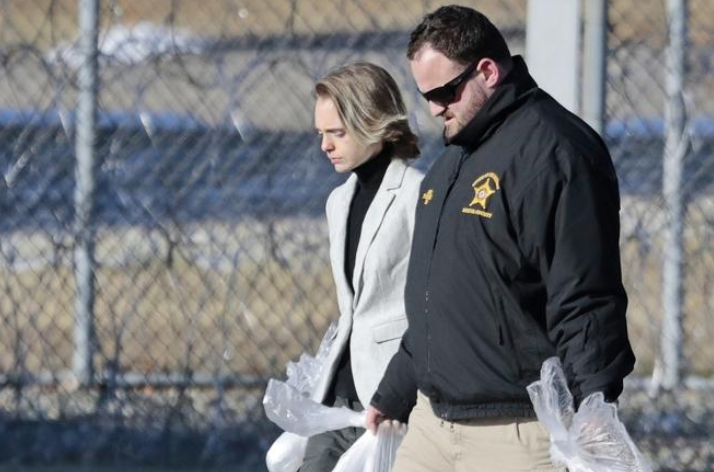 Michelle Carter, the Massachusetts woman who convinced her suicidal boyfriend to kill himself via text message, was released from jail after serving just 11 months and 12 days of a 15 month sentence. She was originally sentenced to 2 and a half years prison but 15 months were suspended and Carter earned significant time off for good behavior.

Carter was not present when her then-boyfriend Conrad Roy killed himself by inhaling carbon monoxide in his truck, but investigators documented that she had sent him hundreds of text messages urging him to kill himself, and that they had been on the phone for 45 minutes just prior to his death. According to additional texts, Carter told friends that she “had heard him die.”

Carter appealed her conviction all the way to the US Supreme Court. Her lawyers argued that she had the right to free speech and was not physically present during Roy’s death. They argued that Roy would never have killed himself if he wasn’t mentally ill. Roy had a substantial history of suicidal actions and had previously tried to kill himself by swallowing a bottle of acetaminophen.

Carter herself was mentally ill from a young age, having developed an eating disorder in elementary school. At the time of Roy’s death, she was prescribed Celexa for depression and had therapy sessions at McLean Psychiatric Hospital, an asylum in Belmont, MA.

The relationship between Carter and Roy was almost entirely digital, consisting of hundreds or thousands of text messages between the two, despite the fact that they are believed to have seen each other in person only 5 times. Their relationship has been documented by the HBO
production “I Love You, Now Die.”