In the world of sheriff’s offices, who must find a balance between saving money and giving lower risk offenders a chance to be out before trial, it makes sense to prioritize holding violent offenders or other high-risk inmates.

But just what is the standard for high-risk? Surely, consummate, repeat offenders ought to stay until they have been comprehensively evaluated.

Is MCSO lacking the money to house individuals?

Just hours after his release on recognizance, Kevin Parker (below) went on a string of burglaries in the St. John’s neighborhood. Burglary is an A felony. 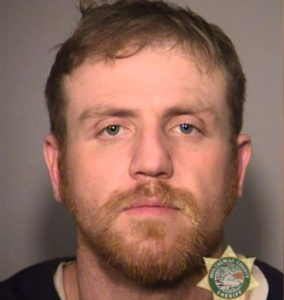 Parker reportedly broke into the King Burrito restaurant through the air conditioning unit and smashed the windows of Kings Omelets before trying to rob the cash registers. When he failed to find any money, he made off with a coin jar.

On one hand, one must question the sanity of someone who goes to all the effort to break in to a place just to get a coin jar. After all, there’s a reason why most businesses don’t leave cash in the register overnight.

Parker’s own brother David thinks he should stay in jail, saying “there’s nothing we can do for him, we can’t control him.”

The MCSO might want to take a hint from his family, at least for the time being. Parker clearly needs some major intervention.